The Past, Present & Future with Formation Tech

Formation Tech is a relatively new provider in the communication space, dedicated to delivering “flexible” cloud communication solutions to the mid-market. This disruptive business aims to carve a competitive area for themselves in the mid-market space, by offering Avaya-based cloud solutions that suit the individual needs of their target audience.

I caught up with two Directors from Formation Tech, Mark Tyers and Dan Cholerton, to find out more about how the business has grown in the last 3 years, and what they expect to see in 2019.

How Has Formation Tech Developed Up Until Now? 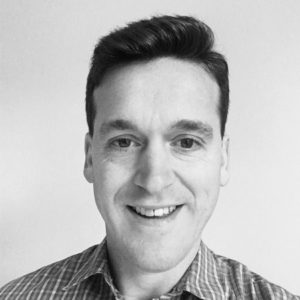 Formation Tech is only in its third year of business, but it’s already achieved some incredible things, winning Avaya’s mid-market partner of the year award last year and becoming Avaya’s second largest cloud provider in International region (with plans to take the top spot in 2019). Currently, the average number of seats per UC deployment for the company is over 250, and the brand’s reputation is evolving all the time. Dan and Mark told me that Formation Tech has grown significantly over the past 12 months, and they’ve also  achieved Avaya “Diamond Cloud Integrator” status. This makes the company one of only two partners in Europe with this accreditation.

“We’ve successfully established ourselves as a competitor in the UC mid-market over the last few years. At the start of our last financial year (July) we decided to set ourselves some objectives for additional differentiation. One of our goals was to move more aggressively into the contact centre and customer experience space.”

Cholerton and Tyers noted that as the UC market continues to grow more commoditised, they believe that it will be crucial for brands like them to offer services that stand out.

“We see an opportunity to forge a niche as a mid-market customer experience provider, and that’s the area we’ll be looking to innovate in going forward.”

How Are You Planning to Differentiate Going Forward? 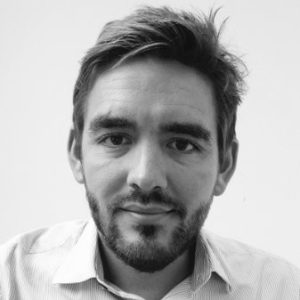 As the marketplace becomes more crowded, I was interested to learn what Dan and Mark would be doing to ensure that they stood out in 2019. The duo told me that many Avaya VARs have begun to primarily sell the “same thing” when it comes to UCaaS. As countless new vendors explore unified communications as a service, the commoditisation of UCaaS is becoming a genuine thing for not just SMBs, but for mid-market enterprise customers too.

“Differentiation has to come from somewhere when the product is largely the same. For us, it’s the service wrap that we offer that makes us different. We go one step beyond our competitors with extra features and customer experience solutions that ensure we’re not “just another UCaaS provider.”

Tyers and Cholerton also noted that they think Avaya will be investing more into their APIs going forward, which will also give them more freedom to ensure that they can provide their customers with a customised UC experience.

What are the New Opportunities Emerging this Year?

The team at Formation Tech had a lot of predictions to share about the transformative state of the UCaaS market. They noted that hybrid is becoming less of a crucial conversation among their customers, as business begin to reach a tipping point where investment in cloud simply outperforms on premise. “When we first launched in 2016, the on-prem vs. cloud discussion was commonplace. Now it seems like an objection to cloud doesn’t exist. Hybrid is still valuable for some companies with poor internet connections or legacy infrastructure, and businesses that need a stop gap, but confidence in the cloud is growing.”

Alongside a growing confidence in cloud, Dan and Mark also revealed that they believe SD-WAN will gain more traction in 2019 as an area that they had been involved with very frequently with their clients. “We also think that this whole desk phone is dead thing is going to be proven wrong going forward. We’ve only seen one customer going down the “pure software” route, though we are seeing more of our clients deliver softphones to a bigger percentage of their users.”

One particularly interesting point that Cholerton and Tyers drew my attention to, was a term they called “Opti-channel.” They told me that they believe that this will be the new buzzword for 2019 as organisations begin rethinking the idea of offering lots of channels for communication and start focusing on making sure that they have the right channel based on the nature of an inquiry. The shift to Opti-channel in Formation Tech’s opinion is about understanding the customer buying journey and being in the right place at the right time, rather than in all areas at once.

How is the Wider Market Evolving?

As we began to speak about the UC and UCaaS market overall, Dan and Mark suggested that there may be some serious evolutions in the playing field throughout 2019. “CCaaS will become more mainstream, allowing companies that couldn’t consider contact centres before to embrace new strategies for customer experience. Smaller and smaller companies will be embracing contact centres because they’ll be so obtainable.”

Formation Tech’s directors also noted that many of the significant entrants in the field had begun to embrace a “public cloud” approach for their customers. Mitel and Avaya had both made moves to the public cloud, and there’s a good chance that more announcements will arrive this year. What’s more, Dan and Mark revealed that they also believe that one of the bigger cloud-only players (8×8, Fuze, Ring Central) would be acquired this year, or that an IPO would take place.

“Also many of these same providers will face their first experiences with customer churn in 2019 as clients start to come to the end of their contracts. These exiting clients are coming into a very different market to the one that existed when they first signed up with these public cloud players. There are lots of new entrants and challengers on the field to consider.”

Any Other Suggestions about 2019?

Formation Tech thinks that various new forms of technology will begin to drive new innovations in the communication sector this year. “WFO/WFM tech will start to get more traction in the sub-100 agent space, driven by the fact that companies need more skilled agents to optimise their workforce. There’s a good chance that this tech will start to become a common part of most contact centre offerings.”

At the same time, Mark and Dan told me that buzzword technologies like 5G and 4K will also play a part this year.

“5G will emerge as a way for people to start accessing UCaaS in various offices, while 4K video calling will become the norm for meeting rooms.”

“We may even start to see communications creating new connections with web optimisation as people start exploring opportunities with WebRTC and web chat.”

Certainly, it seems that Cholerton and Tyers, as well as the rest of the team at Formation Tech, know that they have a disruptive year ahead of them. Fortunately, the duo told me that they’re not concerned about the challenges that lay ahead. Formation Tech is ready to prove itself as a disruptor for mid-market companies in 2019.

The Past, Present & Future with Formation Tech